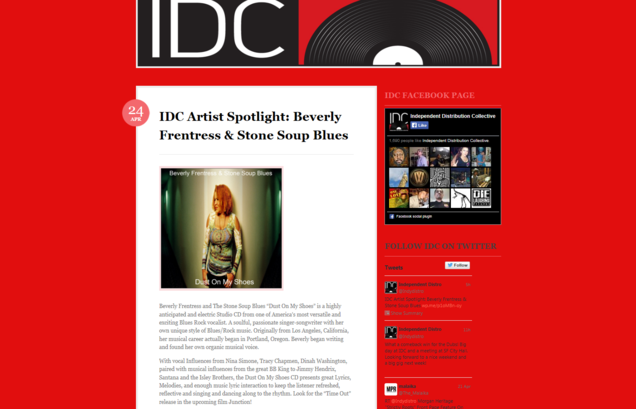 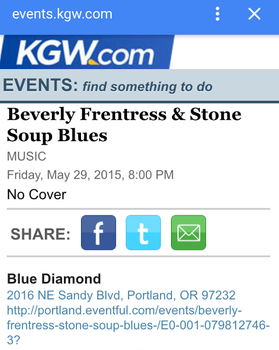 Beverly Frentress and Stone Soup Blues announcing the Physical CD distribution through "Independent Distribution Collective", of  “Dust On My Shoes”, a Blues/Rock/Alt/Indy creation to be included in IDC's catalog and distribution network.   IDC is a music and film distribution company based in San Francisco that offers physical and digital distribution, music licensing for TV and film, and marketing and promotion for independent artists. Digital distribution will still be provided through Tune Core will remain Live on iTunes!

A sound rooted in the Blues, however spanning many genres from Blues /Rock/ Alt/ Singer Songwriter. All songs on this Album were written composed and performed by Beverly Frentress , with the intention of taking you on a musical journey.  Based in Portland Oregon, Beverly Frentress and Stone Soup Blues, a BMI affiliate  with a authentic unique sound all of its own with vocal influences similar to Tracy Chapman, Adele, Whitney , Etta, Nina , Dinah and Bessie Smith to name a few. Musical influences of Hendrix, BB King, and Santana.

May 29th at the Blue Diamond Portland OR. 8PM